A New Chapter? Let's Start At The Beginning. - Codename Colin
Skip to content 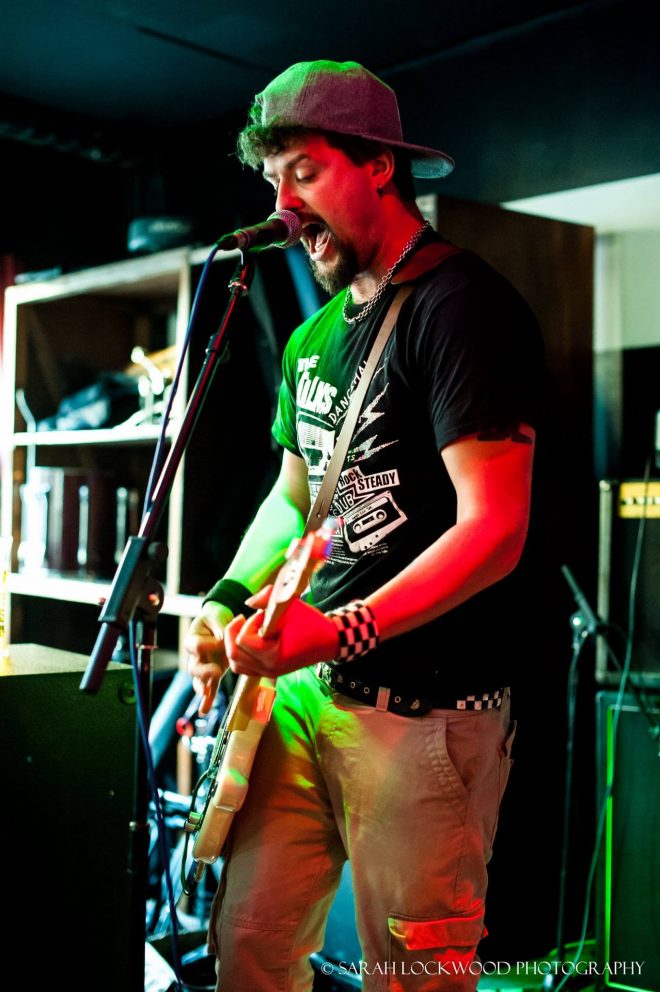 So it’s been some time since this blog was last updated. Back in March was the last post, when we were halfway through our “Escape From Everything 2020” run of shows and a few short weeks before the country went into Corona virus lockdown. How things have changed…..

And so begins a new chapter in the Codename Colin story. Let’s call this one chapter Four. But first lets also have a little recap of chapter One, Two & Three while we are here.

Chapter one
The Beginning

A long time ago, nearly five years now, myself and Adam from the band All These Years found ourselves talking about forming a ska punk band. We had previously played together as Codename Colin back in 2012 which was when the demo recordings you’ll find on our spotify page are from.
https://open.spotify.com/album/6SVNj6RAlzZBu4JQkvgFPE

We set up a Facebook page and posted one of the demos online, Agent 23, and within a couple of weeks we had been offered a gig by Paul Smith at BeSharp Promotions. I guess they were desperate for some new ska punk bands? So we very quickly recruited Iain, Sam & Kieran through various “Find me a musician websites”, wrote some songs, and attended one of BeSharps gigs, where Kieran, Sam and I ended the night in a train station on the phone to Sams Dad asking for a lift home for Sam who had somehow gotten very drunk. (He was only 16 at the time) No idea how. We played the BeSharp show a couple of months later with Tree House Fire, Call Me Malcolm and King Punch and ended up playing half a dozen more shows before All These Years became too busy for Adam to keep up with both bands. During this time, we had also managed to record our cover of Feeder’s Just A Day and our song Losing Touch with George Donoghue.

So began the search for a new bass player.

After releasing the Feeder Cover, we had a nice little following growing and we had a huge amount of interest from people wanting to get involved. I jokingly put up a picture on our Facebook page of Roger Lima of Less Than Jake with the words “If you look anything like this guy, you’re in”. The first dude to walk into auditions swings his dreads around, pulls out a Musicman Sterling bass and finishes the session by asking if we could play the songs faster. DONE. Mewis was our guy. I had to tell about twenty people who we’d arranged auditions with that we had found our new bass player.

Mewis then drops the bombshell that he is going to be away for Three months in a couple of weeks time. We had a recording session booked with George to record New Years Resolution that following weekend, which I was going to play the bass for but we got Mewis involved and he basically learnt the song as he was recording it. We also had a little extra time and decided to do the song Declan on the fly too, which he had never heard before so we really threw him in at the deep end. He smashed it and we thankfully had some stuff we were able to release whilst he was away. But we also had a few gigs to play….

So we got one of my best mates Jamie from Saving Sebastian to join us for a while!
Check out this video from our hometown show at the Rose & Crown that year for what we were like before we smartened up!
https://www.youtube.com/watch?v=peNpIGcPQNE

That was pretty much the end of the year for us. It was the end of September at the time, but we had no more commitments to gigs until the following year we hid ourselves away and finished writing what was to end up Outgunned.

So I guess that just about rounds up Chapter One of Codename Colin. Things didn’t start exactly smoothly but we got going in Chapter Two. Which will be the next blog!

Thanks for reading if you got this far!