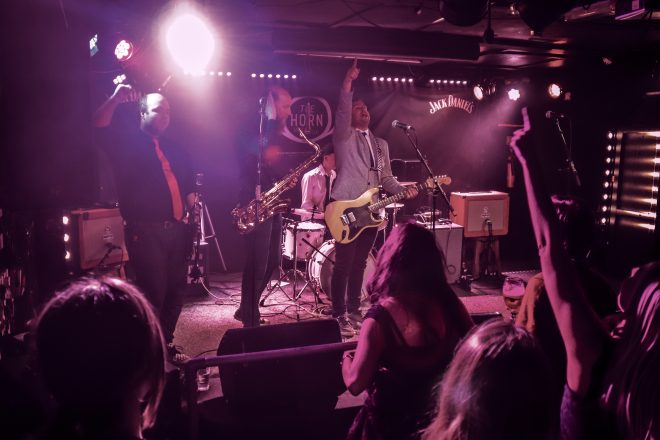 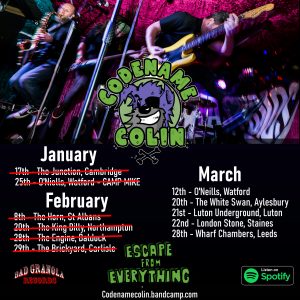 So we’re halfway through a bunch of shows we’ve grouped together and named Escape From Everything 2020. Its not a tour, but we’re treating it as one. We really wanted to get out there and give the album another big push but realistically, we don’t have the time or money right now to do a full tour between the day jobs, but hopefully we can arrange something towards the end of the year.

On this “tour” we head back to a few venues that we haven’t played in a while and some we’ve never been too despite being fairly close by. At this point we’ve already been back to our absolute favourite venue, The Junction in Cambridge and I can’t begin to explain how good it is to play on that stage. It’s not very often we perform in venues that size, it’s mostly small clubs and pubs, and we’re totally not used to it. Myself and Mew both almost walked right off the front of the stage! (we’re used to playing on the floor) We try to make the most of these opportunities so you’re likely to see a lot of photos (Charlie Rolfe Photography) from that gig being used throughout the year. Thanks to Gary Brown (BIG10) for having us again!

Another standout show was at The Horn, St Albans, with our mates, All Aboard Gloria. Despite it being an emo bands album launch, The AAG lads asked us to be involved and how could we say no? There was a huge crowd, including a lot of friends and family so it was great to be able to see a lot of familiar faces in amongst it all, and genuinely, when you all sang that line in EFE, you gave us all goosebumps. Absolutely brilliant gig, so thank you!

Now it’s not all perfect gigs every night. We probably had our lowest turnout to a gig ever this weekend just gone. We went to Baldock, where we’ve performed as part of Balstock Festival to great crowds and played to around 12 people. We still gave it everything and finished dripping in sweat still, and those of you that were there, thank you for being so supportive but the low turn out definitely made the long drive to Carlisle the next day very daunting. We were all thinking there was no way we could pull a crowd in Carlisle if we couldn’t manage in a town we’ve played three times before? We were very wrong though, and the credit goes to Ryan Devlin of DevBros Promos for organising such a killer night with us billed as Co-Headliners with The Hostiles. Being told a lot of tickets were sold in advance when we arrived immediately put us back in a good mood after worrying about it for the entire day of driving. Selling merch to folk before we had even played and a generally great atmosphere gave us a big confidence boost and we raced through a very high energy 45 minute set before leaving it to The Hostiles to close out the night. We will definitely be coming back when we book another tour!

So that brings us up to now. We have another 5 shows this month before taking a little breather in during April, and then onto some festival shows in May. We are absolutely thrilled to announce that we will be at this years Teddy Rocks Festival, alongside The Skints, Skindred, A, The Bottom Line, The Amazons and The Fratellis! Come get involved, it’s the best start to festival season. Tickets are at Teddyrocks.co.uk. We will then be heading back to our favourite local gig, Dunfest, for the 5th year in a row. If you’re in or around Tring, check it out!

We’ve got other things in the pipeline, but for now that is all your getting. I hope you’ve enjoyed my ramblings, and if you haven’t, then i’m not sure why you’re still reading this.

See you at a show! 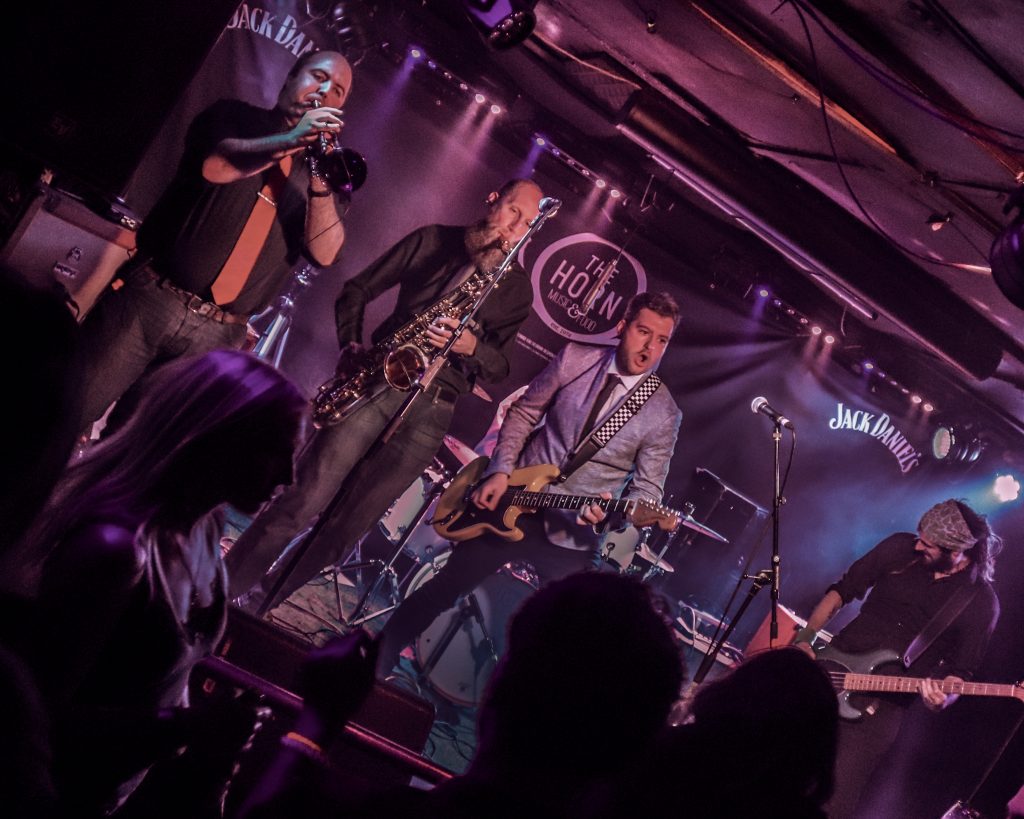